Closing this Blog for my Main BLOG

I have a blog at http://www.bethannestrasser.blogspot.com. It's called Romance in Writing, though at this point, I've considered changing that as well.


Please, please, please follow me over on Romance in Writing. I will still be talking about my diabetes and life in general. I'll touch on anything that meets my fancy: writing, cooking, Army life, diabetes, kids, family, etc.

Thanks for staying with me this long and I hope to see you over there!
Take care,
With Love,
Bethanne
Posted by Bethanne at 4:29 PM No comments:

The less I feel like anyone wants to listen to me.

I have hit a wall in my search for a doctor who will acknowledge that I know just as much if not MORE than he does. This latest doctor is the worst! Not only is he the worst, he loves himself WAY TOO MUCH. He says that he is working with Minimed, consulting with them to change things, but the changes he suggests do NOT coincide with how I manage my diabetes. As a matter of fact, it leaves everything to the doctor [which is good for the doctor with the God complex]. It eliminates the use of 95% of the data I get from my CGM and pump. He wants premeal BGs and a bedtime one, if I feel like it.

Isn't that taking a step BACK in diabetes management?

See, there's this AVERAGE in diabetes that is a statement of about how much basal insulin a typical diabetic will use. The rates, starting at midnight, rise at predawn then slowly through the day decrease. Sooo, maybe I'm not that typical, but Dr. God, on seeing my rates, shook his head and said, "This is a mess."

He then proceeded to suggest changes that replicate what an average, healthy diabetic's basal rates should be.

But, after seven years on the pump and three kids later, I can tell you, without a doubt, that my basal rates do not follow that trend. WHAT?! how is that possible?! But, again, as with my last doctor, I wanted to give him the benefit of the doubt. [or perhaps I just wanted to prove him wrong] But I changed my rates to his suggestions and watched my sugars go way up and stay there for three days, with just an occasional drop because of corrections.

Now, let me set you straight. Perhaps you want to believe I'm just too obstinate or rebellious or bad. It's true I've changed doctors a good bit, but at this point, it has never been because I disagreed with a doctor. I just move around a lot. My husband is in the Army so that plays a huge roll, too.

This is the first time in 23 years, I am about to cancel an appointment with a doctor because I hate him.
Part of me wants to write him a letter to make sure he knows that he is NOT helping the diabetic community. That his methods, even if they work for him or most of his patients, are not giving anyone the tools to manage their own diabetes.

Or I could just quietly leave.
What would you do?
Posted by Bethanne at 11:47 AM No comments:

That's what I call my new doctor's office. OMG. I've never met anyone so confident and liking of himself. :P I haven't decided I'm keen on it. I'm not at all impressed by his expectations... on the other hand, he doesn't really know me yet, so perhaps he just needs some time to acknowledge my goals.

We shall see.
My A1c was 6.4, a far cry from the 5.7 I was in May. I'm not too happy about that even though the doctor seems to think it's good. He doesn't "use" the sensor as a regular part of the diabetes regimen. That worries me a little, especially since I do use one and I LIKE IT!

Christmas is almost on us, and I am enjoying the season.
BEST CHRISTMAS DECORATIONS EVER????

LIGHTS, inside! I love the tree shining in my front window. And this year, I've got them drapped on the fireplace mantel, too. It's looks soooo nice.

I started getting bored recently. It happens. We do the same things everyday. We test our sugar. We download our CGM results. We go to the doctor. We eat. It gets boring. So I started putzing around online to see what was new on the market. Any new pumps or devices that would spice up my dulldrum diabetes life?

And I found a few things.

Animas and Dexcom are still claiming a combined device... really?! After all these years. People just keep hanging on that story and waving and cheering every time it pops back up on the webosphere. It's exciting, or it was three years ago. But seriously... if Minimed can do it, how come they can't? If it's a device that, in theory, has already been approved by the FDA for Minimed, how come it's taking so long to be approved? Is it that different?

And then I found The Enlite. The newest sensor technology from Minimed. I'm drooling. I'm excited.

The Enlite looks smaller than the Dexcom. It goes in at a 90 degree angle and it's only 9mm. It has an auto shut off for hypoglycemia. And it'll be paired with the newest model of the pump... no word on any specifics there, but hopefully, if anything, the darn thing has louder beeps. That's the only downside of the Minimed that I perceive.

I'm excited and I wish, just once that someone would speak up about how far along in the process the FDA is in approving this new model of the CGMS. I was on the FDA webpage today and you know what I learned? They've spent some time figuring out that they need to change their systems. It's sort of a downer to find out that the FDA is deep in the process of changing their regulations for device pre-market approval.

Sure, do they need to change something? YES! Countries all over the world are way ahead of us. We're being babied by our Nanny government while other patients in other countries are getting the newest technology. So, hopefully these new processes and new regulations for pre-market approval will HELP. And not have been a waste of precious research time.
Posted by Bethanne at 2:27 PM No comments:

Also, I actually went off my pump for 48 hours this week. It's been... more than seven years since I've had that thing in, somewhere, attached to my body, dosing me with insulin all day long. And finally, I said to myself, "you need a backup." and "You need an alternative."

Back to Lantus I went for 48 hours.

You know when you change your shampoo and conditioner and all of a sudden your hair feels sooo smooth and silky?  That's how this was.  I had the best BG readings in two days than I've had in three weeks. :? I also felt oddly free. I love my pump, don't get me wrong, but not having it on for a while was unbelievably thrilling. I look forward to taking a few breaks here and there in the future. And why not, right?

There's no reason for life to get boring. :D
Oh! and I'm moving to GA in about a month or two. No set date, but my husband's been there since the end of January and now it's finally my turn. Yay!!!!
Take care fellow bloggers,
Bethanne
Posted by Bethanne at 9:14 PM 3 comments:

I had thought my sugars were out of control. That I was in need of another round of basal adjustments. Then my husband left for basic training and wahlaah... even steven. :) So, I deduce... a week or two of anticipation, some anxiety and wee bit of excitement, and too much eating out will make sugars unpredictable. :P

Lovin' the new life.
I hope as I get into a new groove, I can keep up with this blog better.
*fingerscrossed*

Love to all in this new year.
Take care,
Bethanne
Posted by Bethanne at 8:34 PM 2 comments:

For the first time...in a long time, I went to someone's house and felt obligated to eat.  That's never happened to be before.  My diabetes wasn't a secret to the host, yet I still felt like I couldn't/shouldn't say no.  Part of that has to do with my new diet.  Trying to stay low carb has been hard for me.  1) Meat is way more expensive than starch  2) I crave the carbs.  And Friday I visited a friend who served a yummy casserole and a banana cake, which, btw, was YUMMY.  But I left feeling a tad bit crappy.  Weirdly, I felt I would have done better with just the cake.  Add in the casserole, with only God knows what hidden carbs... i.e. fake cheese, and I felt a little lost.  I bolused, of course, but it wasn't enough.

And I left thinking, "From now on I'll just eat at home and save myself the hassle."

Bethanne is not a doctor or a nurse or a diabetes educator or even a dietitian, please don't take her ramblings as advice for your healthcare.

What she is, is a Type I diabetic. Diagnosed in 1988 at the age of 12 when she had a hyperglycemic meltdown on The World's Finest Chocolate, stealing the candy bars from her sister's fundraiser box for St. James Elementary School. Since then, she has survived adolescence, survived college--barely, first loves and broken hearts... Finally, she decided to quit surviving and to LIVE. Now, she lives for her best friend and husband. She lives for her four children. She lives for her Faith, and for her writing.

Living the best diabetic life is her key to survival. 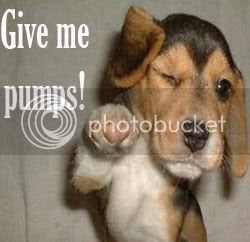 Tired of Surfing? Get my BLOG in your inbox.

Oh, the places I go

Visit TuDiabetes - A Community for People Touched by Diabetes